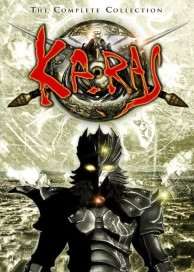 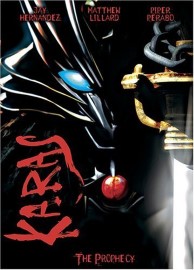 Where do I even start? By the time I was done watching this I was scratching my head desperately trying to figure out why I had bought this back in 2007 when it was released on dvd for American audiences.

I have 2 good things to say, so I’m going to get them out of the way. The visuals in this anime (there are 6 total episodes) are absolutely stunning and the fight scenes are so action packed and awesome that it took my breath away. And that was it. Nothing else about this anime is anything I would recommend.

This was a confusing mess that made so little sense that it wasn’t until I went over to the Wikipedia page that it started to get straightened out in my head. The anime opens up with what appear to be 2 jet planes flying over Shinjuku strafing each other and obviously fighting against each other. Then they suddenly transform into old school samurai looking guys (like the armor on the cover) and begin hacking away at each other in front of the moon all the while being a bajillion feet up in the air. Then one guy eventually kills the other and the dead guy turns to black feathers.

There are robot demons, and a cop who investigates supernatural stuff and Karas is supposed to be a protector or something and one karas went rogue and is trying to take over the city with the demon robots. And there is more stuff that I don’t even remember because I was so bewildered and lost as to what was going on that I didn’t know what to look at or who to pay attention to or anything.

By the time these 6 episodes were done, all I knew for certain was that I would never watch this again and if I could get rid of these, I would in a heart beat! It was a waste of my time and I doubt anyone now, 13 years later, is going to spend any time on it, nor should they.

It did make me want to go through some of my other anime though, to see just how much my tastes had changed. So in July I think I’m going to be dedicating Sundays to anime. 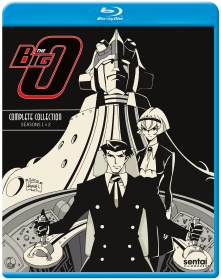 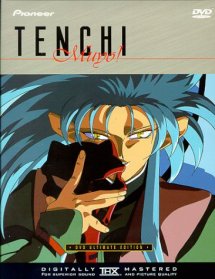 I plan on watching Big O Seasons 1 & 2 (think Batman the Animated Series in Japan with giant robots), The Record of Lodoss War OVA (my manga reading this month inspired that choice!) and to wrap things up, the Tenchi Muyo OVA (scifi romcom) that got me hooked on anime back in the early ’00’s. Prepare yourselves, Bookstooge is going Old School Anime next month!