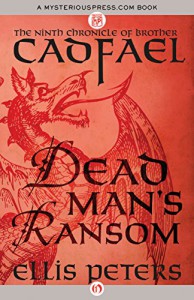 This review is written with a GPL 3.0 license and the rights contained therein shall supersede all TOS by any and all websites in regards to copying and sharing without proper authorization and permissions. Crossposted at Bookstooge.booklikes.blogspot. wordpress.anobii.com by  Bookstooge’s Exalted Permission.

King Stephen has been captured, as has Sheriff Prestcote. The Welsh make a move against the inhabitants that Beringar must now look after [as his lord was Prestcote, who’s lord was Stephen]. In the process, they capture a young man who they think they can exchange for Prestcote.

During the exchange, Prestcoste is murdered and it is up to Cadfael to find the murderer and determine if Justice, or Mercy, are truly due.

For some reason, this just hit the spot.

Part of it was last weekend where I drove almost 1K miles and moved my parents in 90degree weather with 90% humidity. Then once home and finding booklikes glacial and staff actively unresponsive [not sure what else you call changing your facebook page so people can’t comment/ask questions], I was just stressed.

So a little murder mystery where things would get worked out in the end was pleasant, very pleasant. The young people involved were all idiots, all of them, but thankfully they were balanced out by Cadfael, Sister Magdalena and Beringar. Which is much like real life.